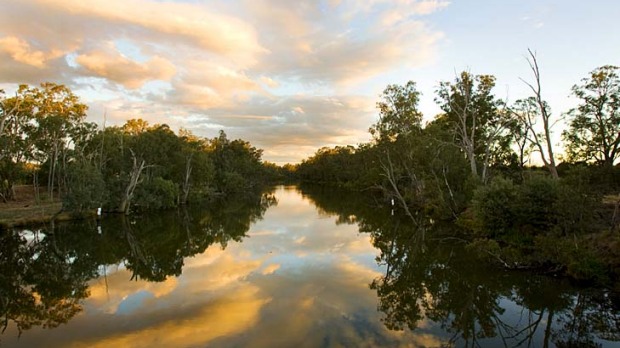 The Eildon pondage has been delivering some good fish of late. Nursery Corner and Bourke Street are producing Rainbow trout from 250 gms upwards with the Lemon Twist being the favourite flavour of the month. Gold Krocs and a variety of PowerBait have also had success.

In the Delatite and Goulburn arms of the lake, Murray Cod (some up to 90 cm) are taking large yabbies from the bank. Black and red spinner baits used on rocky outcrops are working well. Brown trout are taking Tassie Devils in a variety of patterns and Yellowbelly’s are taking StumpJumpers, Jackalls, purple, black and gold Oar-Gees, and spinner baits, with scrubbies picking up a few smaller fish.

In the Goulburn River, Rainbow trout are still taking PowerBait. Anglers targeting within 10 ft of the bank have been getting some good results. Brown trout are taking small hard bodies and maggots and scrub worms are also working well in local rivers.

Prior to the rain, irrigation water was in high demand. Some channels were flowing at high volume and this made for interesting fishing, especially with soft plastics which would need a rather heavy jig head to get anywhere near the bottom! Finding a slow flowing channel made life easier. The resident Yellas started to come alive biting on small yabbies or worms. This rain has brought many of the channels to a standstill flow-wise. They will start flowing again in a few days and the fish still need to eat. The best technique to try will be determined by water quality. As there is a chance it will be dirty, then bait is the best option. Worms, small yabbies or shrimp will do the job. So far, shrimp and yabbies have been slow (or very sporadic) in appearing in bait traps. It is worth trying a bait trap but make sure you have other bait in case the local yabby and shrimp population do not play ball on the day.

In the last several years, Redfin have become scarce in some stretches of the channels yet are still prevalent in others. If you know of any channels which still produce Reddies, it is worthwhile pursuing them. There is not much in the way of bait or lures that they will knock back. Some sessions have produced little results in the way of captures but have resulted in multiple small bites. These annoying bites may be avoided by using small yabbies or slightly bigger lures. Just don’t go too big if you know there are cod in the area. If there are any larger Redfin specimens, then you may have some luck.

An environmental flow has made for slow going on the Goulburn River over the last few weeks. The river is currently dropping which will leave slippery banks hard to negotiate. Obviously fishing from a boat will alleviate this problem.  As the flow is decreasing, the river will be easier to fish so it will still be worthwhile to try in the meantime (if you can access it and want to put a few hours in) until the river settles, which then should see an improvement. An obvious method to try at this time would be bait… worms or small yabbies may draw the attention of the local Yellas.

The recent rain should ensure the Redfin are active in the Sevens Creek around Euroa. Worms will work well and bright coloured soft plastics should be worthwhile trying.

The Broken Creek system upstream of Numurkah is another worthwhile trying. Flow may decrease for a short period due to the rain decreasing irrigation demand but generally, the system has good flow over the warmer months. Whilst there is always a chance of picking up a Yella depending on where you go, if you are happy chasing carp, then they are certainly active now. Many a carp can be terminated in the Nine Mile Creek in the Wunghnu area. So far, the yabby and shrimp population have been slow to appear in bait traps but persevere as they should improve as the weather warms. Bait is the best method here. If you are happy chasing carp, corn will suffice but if you want to keep your chances of catching a Yella, worms will be a better option and shrimp or small yabbies if you get them. The carp in this system love a small yabby as well!

There has been good numbers of Yellowbelly being caught from the Echuca East boat ramp and upstream through the narrows at Barmah to the Tocumwal Bridge.

Anglers that are persisting with lures are finding the odd Yella but most reports are they are being caught on worms and small yabbys. With the weather starting to warm up hopefully the shrimp will be on the move to stir the fish up. We are also hearing of lots of Silver Perch about keeping anglers busy.